Details
Posted by Sharky
in Reviews

Taking the side panels off, we can see a thick layer of Bitfenix Serenitek sound dampening material. 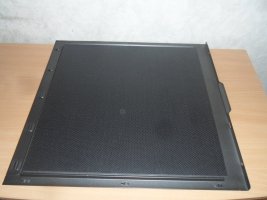 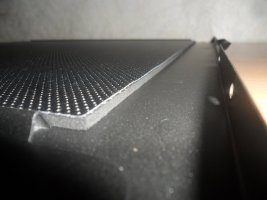 Case exterior is all black. Cables are also mostly black, with some red included to prevent mixing them. The case is quite spacious for its price, one of the bigger Mid-Towers around. 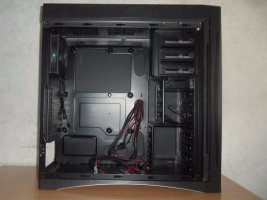 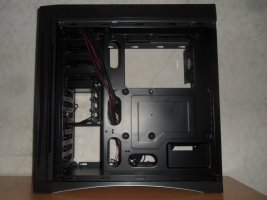 Bitfenix Ghost has four 3.5" bays all of which use the included toolless installation trays. Three 2.5" bays are used with trays as well. Unique feature here is the ability to convert 2.5" bays to 3.5" or even completely remove the side of the 2.5" cage. In first scenario we get a total of seven 3.5" bays and in the second - enough room to install a graphics card of up to 410 mm in length. Problem with converting 2.5" bays to seven 3.5" bays is that only four 3.5" trays are included, which means those seven bays can't be made use of. That said, Bitfenix should have went with seven 3.5" bays from the start and included seven universal 3.5"/2.5" trays. 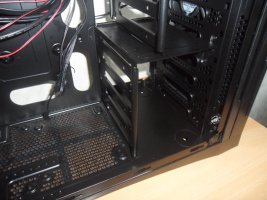 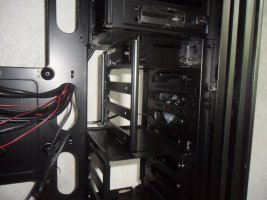 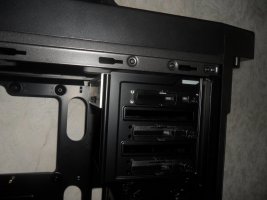 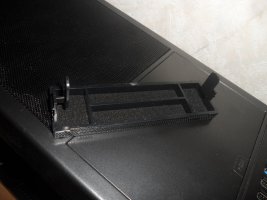 In the back there's a single 120 mm Spectre fan, some ventilation, three liquid cooling holes and seven expansion slots. Slot covers are simply put in place, but PCI devices are installed using screws. Power supply can be mounted either way in the bottom. Next to PSU bay is a place for single 140 or 120 mm fan. Both the PSU and bottom fan intakes are covered with a dust filter. 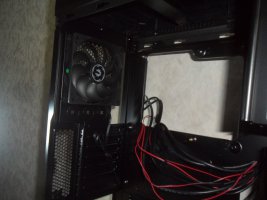 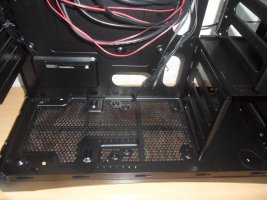