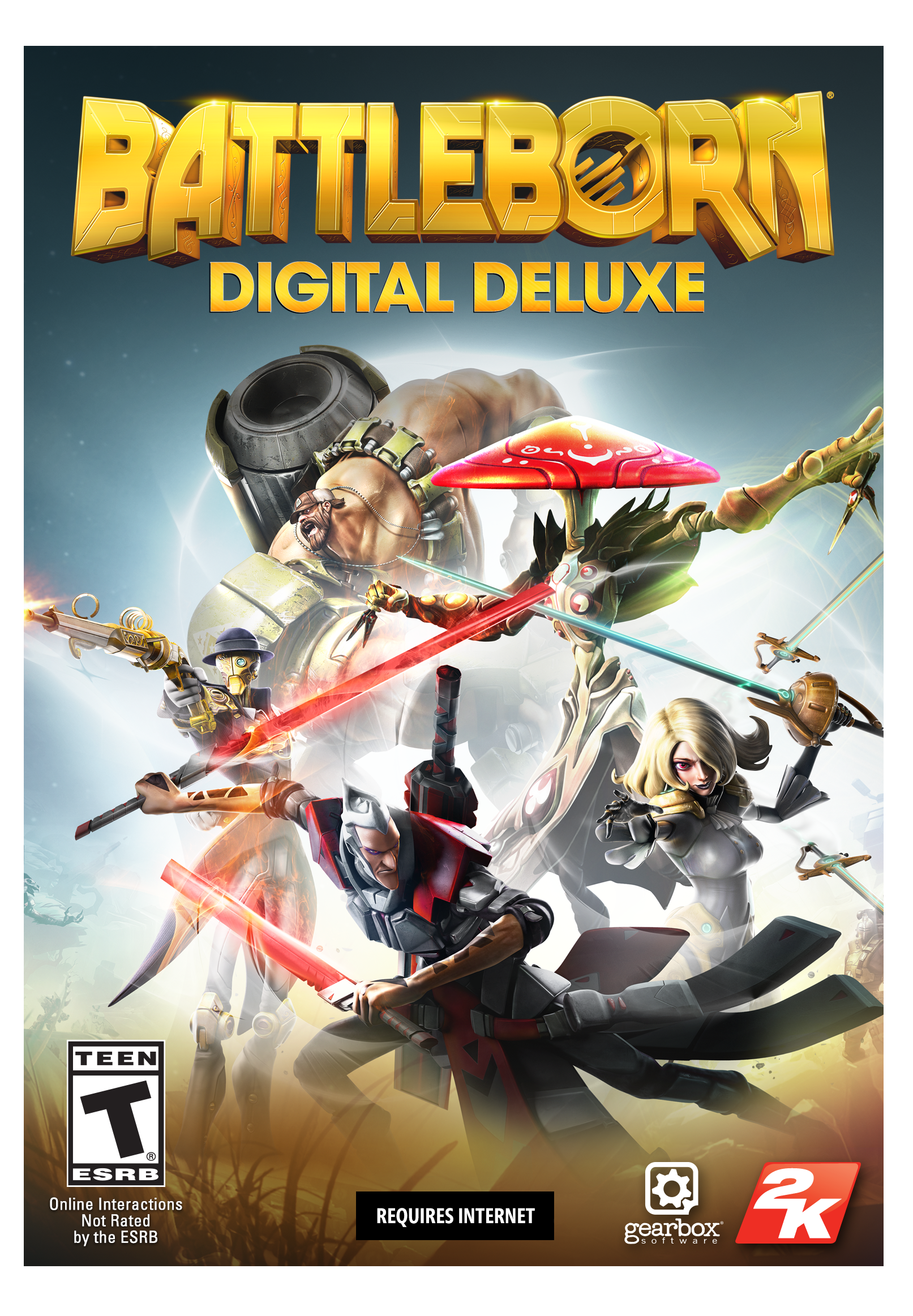 Who says you canâ€™t look incredibly badass while saving the universe? Maximize your experience with Battleborn Digital Deluxe! The Digital Deluxe Edition includes the Season Pass, giving you 5 all-new Story Operations and instant access to 5 new heroes when they release, plus additional skins, taunts, gear packs, and more!

Story Mode: Battlebornâ€™s Story Mode is a narrative experience that can be played entirely singleplayer and is even better when itâ€™s played cooperatively with friends.

Multiplayer: Battlebornâ€™s team-based competitive multiplayer action can be experienced by up to 10 players online in 5v5 matches, and includes three distinct multiplayer modes.

Â Â Â Â Â  OÂ Â  Incursion: Teams of heroes must defend their base from waves of AI-controlled minions while working together alongside their own minions to destroy their opponentâ€™s base.

Â Â Â Â Â  OÂ Â  Capture: Teams of heroes face off in a fast-paced death match and must capture and hold objectives on the map to win.

Â Â Â Â Â  OÂ Â  Meltdown: Teams of heroes must guide their minions as they march to their death at the center of the map. Points are scored for every minion who throws themselves into the incinerator, and the team with the most points wins.Â

Â Â Â Â Â  oÂ Â  Character Rank: Each hero can permanently rank up from 1 to 10 outside of missions and matches, allowing players to swap out augments in their helix skill tree, as well as unlock skins.

Â Â Â Â Â  oÂ Â Â  Command Rank: Players can rank up their own player profile, unlocking badges and titles to impress friends, and loot that can be used to benefit any hero the player chooses to command.

Â Â  Factions: The last star, Solus, is the only beacon of hope for the universeâ€™s surviving factions.

Â Â Â Â Â  OÂ Â  The Jennerit Empire rule others by force, valuing power above all else

Battleborn Heroes: Battleborn has a deep roster of 25 playable heroes and no two are the same. Every hero has their own personality and comes equipped with their own unique weapons and powers.

Helix System: Battlebornâ€™s accelerated character growth system allows players to level-up a character from 1 to 10 and fully experience each heroâ€™s unique weapons and powers in a single story mission or multiplayer match.